Musings and professional dossier of an educator, geographer, and educational developer

I’m not sure how other educators decide when to incorporate active learning, but for me the process goes something like this: 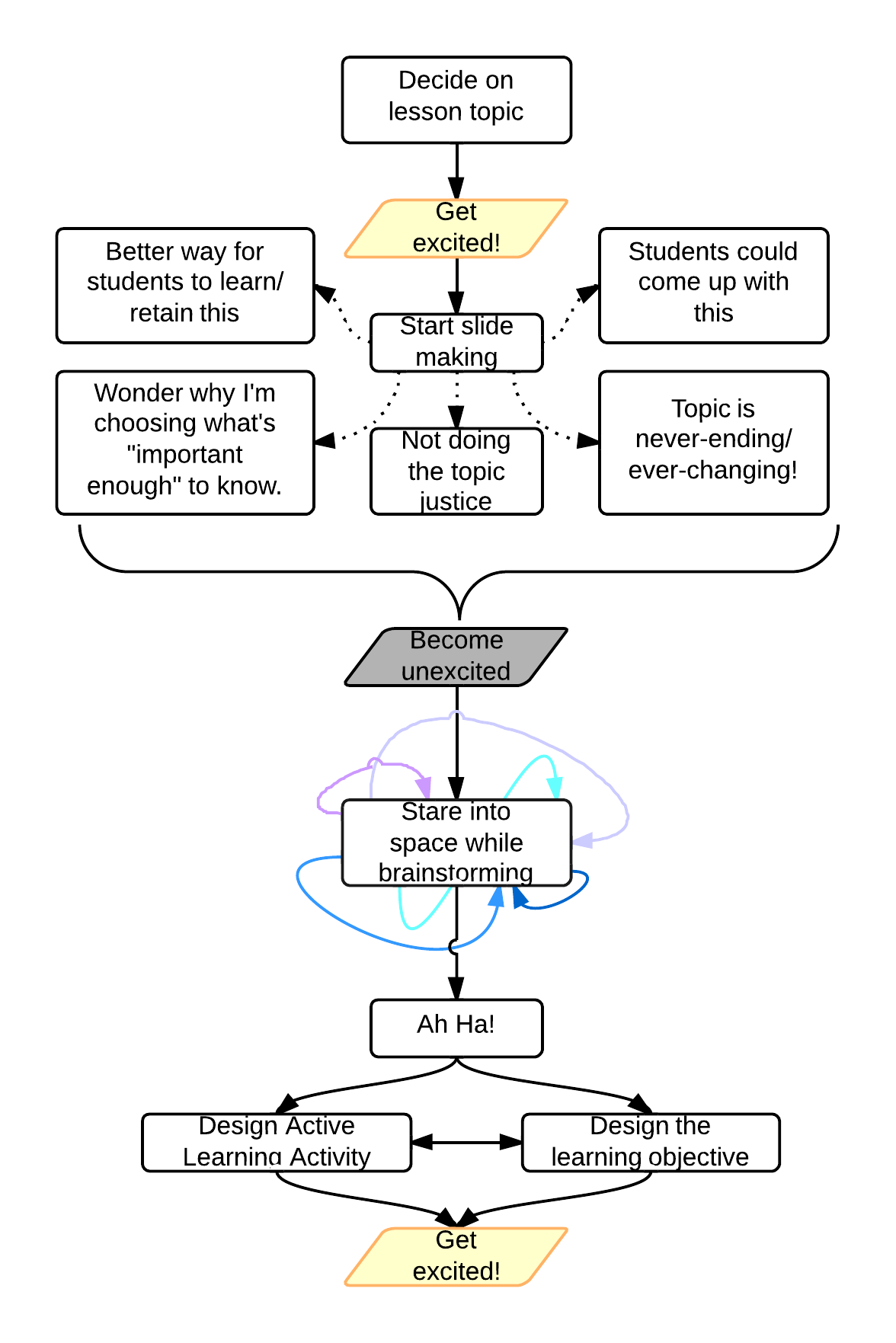 This thought process led to the collaborative, real-time mind-mapping exercise my students created. After discussing global warming and recent anthropogenic changes, I wanted to talk about the future of our warming planet in a way that emphasized what can be done.  Immediately I wanted to incorporate an introduction to both mitigation and adaptation, but I quickly realized (1) listing strategies would be boring; (2) both topics are vast; (3) both topics are constantly changing; and (4) that I don’t feel totally comfortable choosing the strategies that are “important enough” to discuss – I wanted that to be student led.  By researching the problem together, they would be able to find more information on a rapidly evolving subject than I could provide. And thus, I set sixteen students to the task of making a Climate Change Action Mind Map, a task which they completed in its entirety in an hour! 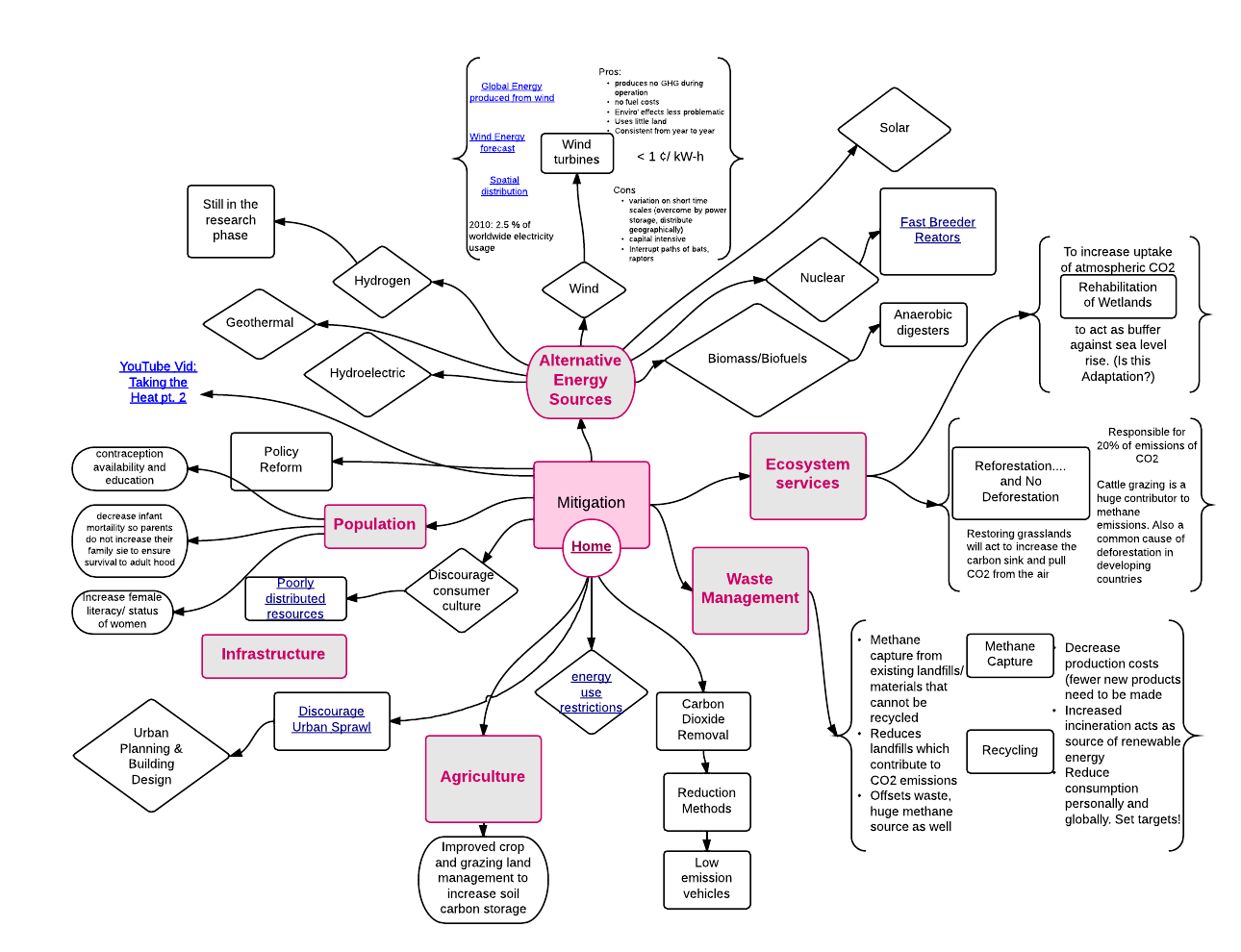 Mitigation portion of the mind-map. Click to enlarge. Full pdf (link below) has clickable links

How did they do it?

The only instructions I gave to students ahead of time were to bring a laptop to class if they were able. In the meantime, I set up a LucidChart educator account and made a skeleton of the mind-map, with the hyperlinked titles “Mitigation”, “Adaptation”, and “Personal Action” in the middle of each page. During class, we talked about the difference between mitigation and adaptation, and I gave a 5-minute demo on using LucidChart, including linking to online materials.  Learning these tricks took no time thanks to LucidChart’s online tutorials.

From there, the mind-map took a life of its own.  The students added, edited, and modified the diagram, watched the changes their classmates made, and yelled dibs on the topics they wanted to work on.  It was a lively mind-mapping session, after which we debriefed as the students each shared the most interesting topic they researched.

We encountered a couple of hurdles, but they were hiccups not road blocks.

That being said, I give customer service credits to LucidChart who responded to all my questions on the same day.  They even checked over my Mind Map and made suggestions because I was getting a bit paranoid about things going smoothly during class. How’s that for service?

Overall, the mind-map-sesh was a succesh! I wonder if you have used a similar mind-mapping tool in your teaching (or say, chart paper?).  I know there are lots of mind-mapping tools out there, have you found any that work seamlessly with multiple users working at once in the same document? In what ways have you/ will you incorporate online mind-mapping in your discipline?

Theme by Anders Noren — Up ↑